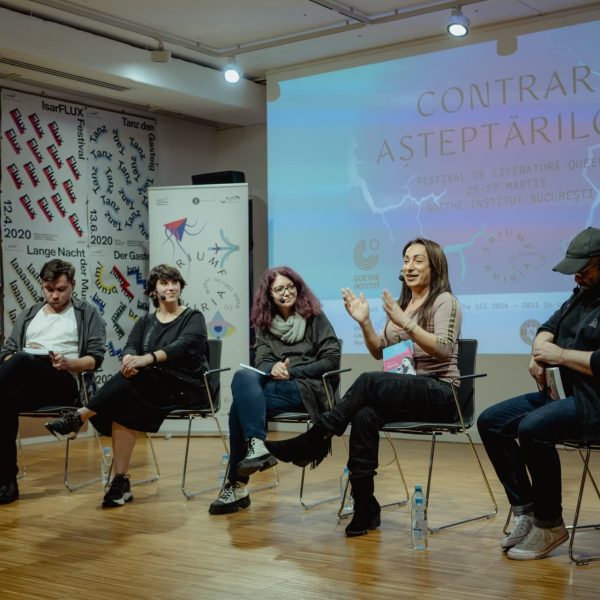 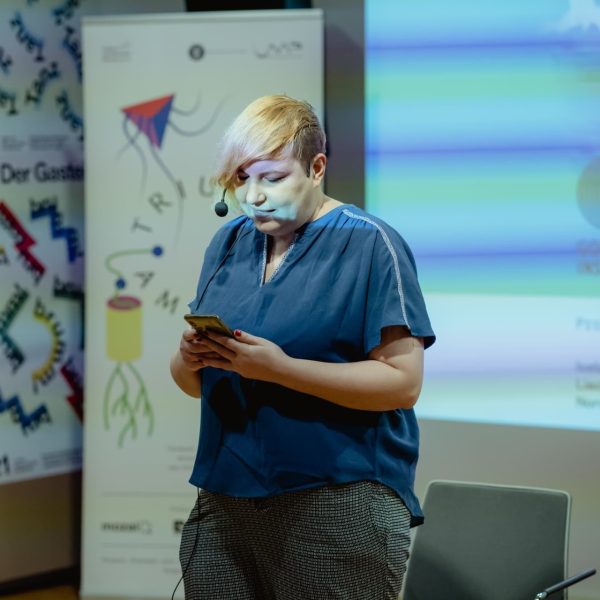 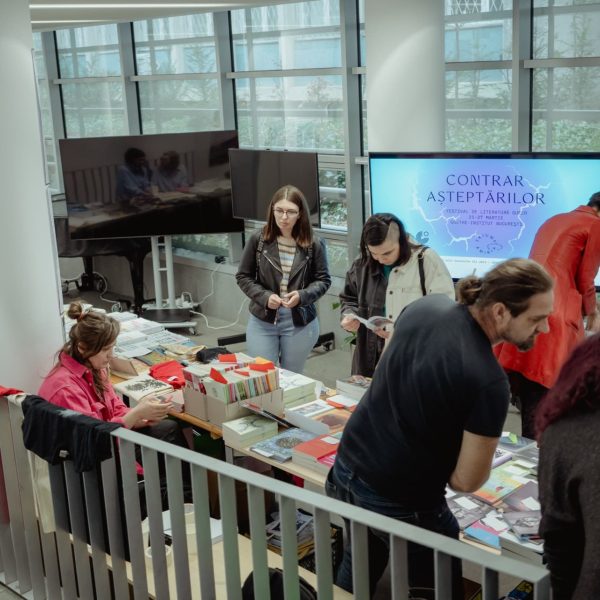 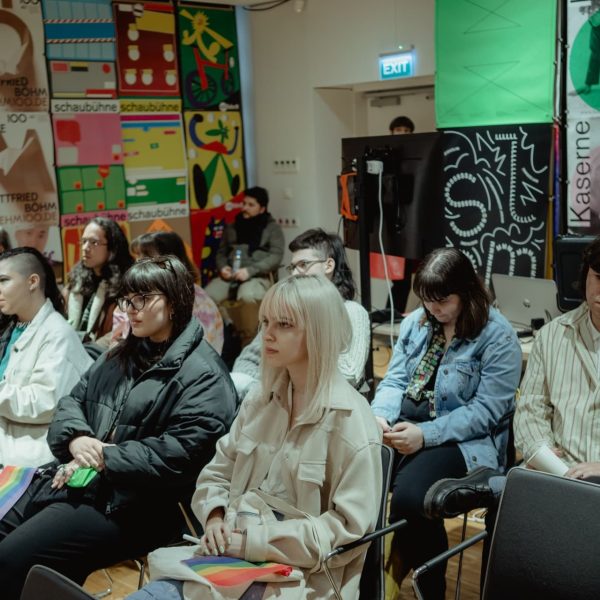 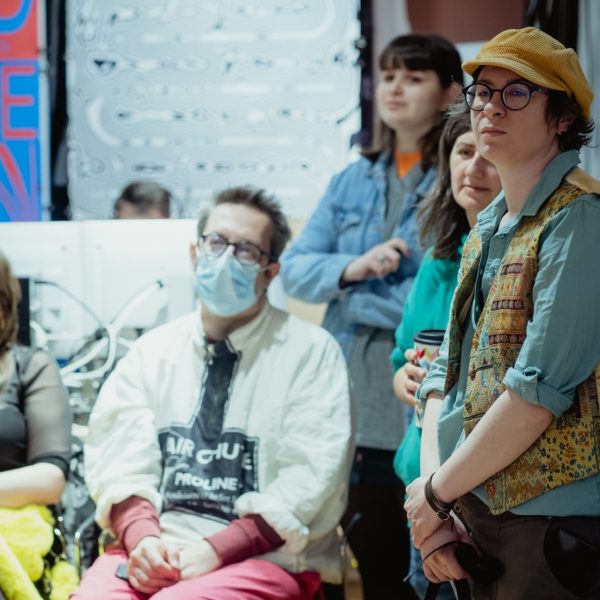 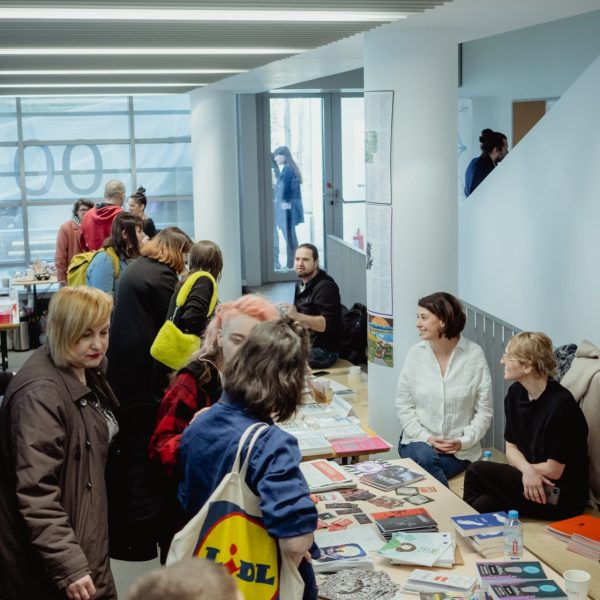 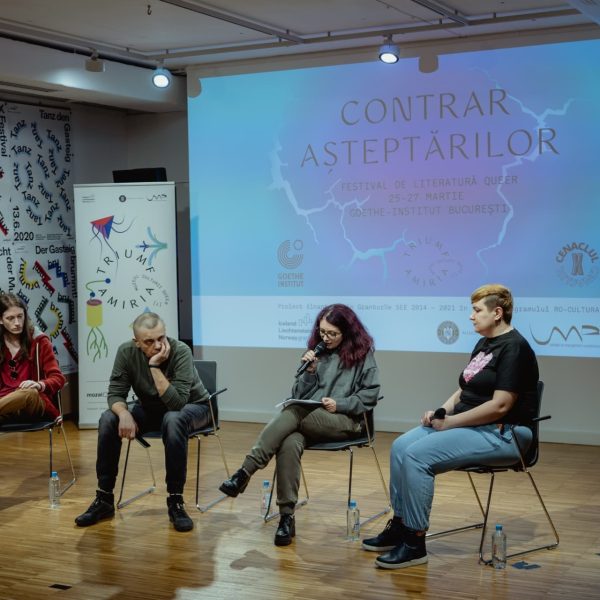 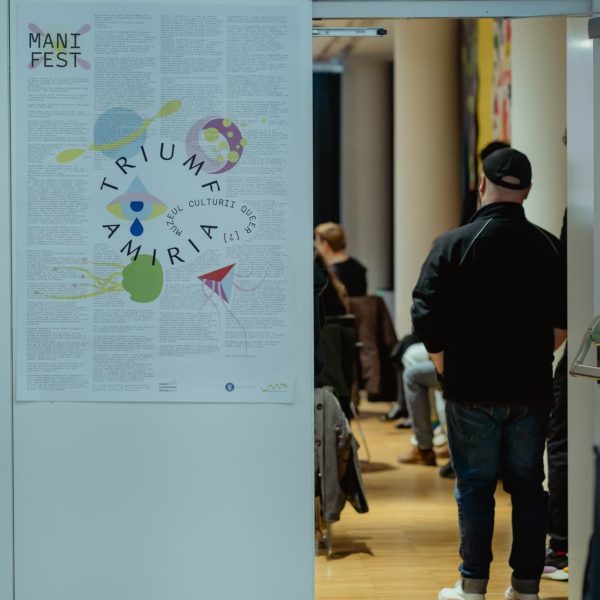 For three days, we brought dozens of queer writers in front of the audience within public readings, debates on contemporary queer literature, performances, book releases and a queer and feminist book fair.

The festival was a part of the literature section of Triumf Amiria and had Vlad Viski and Ileana Negrea as co-curators. The events were grouped in three thematic days: March 25th – nonfiction, March 26th – poetry, and March 27th – prose.

„What we want to accomplish with this festival is to bring together dozens of voices from the queer literary scene, with diverse aesthetics and perspectives, and to show that local queer literature is self-sustaining, is at its peak when it comes to output, and constantly expanding”, says Vlad Viski, also the curator of the literature section of Triumf Amiria.

Ileana Negrea is a feminist, mad, queer, activist poet. She writes from the intersections, and about them. She published in various magazines, she wrote a story for the feminist speculative fiction anthology „Lumile noastre posibile” (Hecate, 2021) and made her poetry debut with „Jumătate din viața mea de acum” (frACTalia, 2021). Nominated for the Sofia Nădejde Awards, for Debut in 2021, and recipient of the National Mihai Eminescu Poetry Contest, Opus Primum Award, 2022. She founded Cenaclul X, and published with them the anthology „Adăposturi” (frACTalia, 2021). She lives with a cat named Luz, likes yellow cherries, books with shiny covers, red lipstick and glitter.

Vlad Levente Viski is a feminist LGBT activist and PhD candidate in political science at University of Bucharest. He graduated from Central European University, with a Masters in political science, focusing on the LGBT movement in Romania after 2001. He holds a Bachelors in political science from California State University, Los Angeles. He took courses at Tel Aviv University and Hong Kong University. He published articles in them.us, The Advocate, Vice, Adevărul, CriticAtac, Decât O Revistă. Quotes and interviews for The New York Times, Associated Press, Washington Post, The Independent, LA Times, NPR, SBS Australia, intomore.com, Elle Romania, Antena 3, DC News, Realitatea TV. In 2019 he co-curated the exhibition „OBJECT. Traveller through public and personal stories” at the National Museum of Contemporary Art, Bucharest, and in 2017 he worked on the exhibition „SAVAGED pINK. History of 90s Gay Press” at the ODD project space. In 2018 he coordinated number 10 of ANALIZE. Journal of Gender and Feminist Studies, „LGBT Rights in Central and Eastern Europe: Theoretical Disputes, Community Building Strategies.” Between 2015 and 2018 he was president of the MozaiQ LGBT Association.