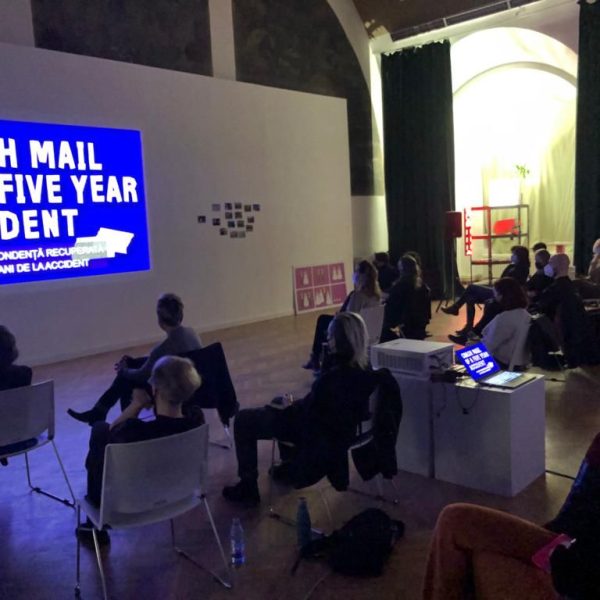 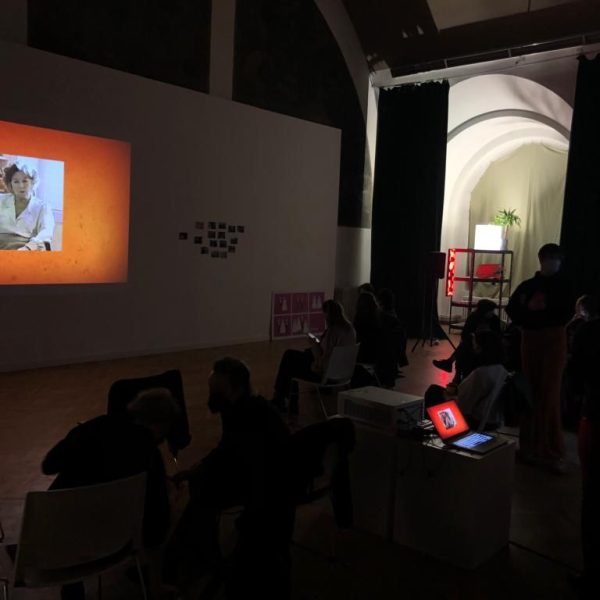 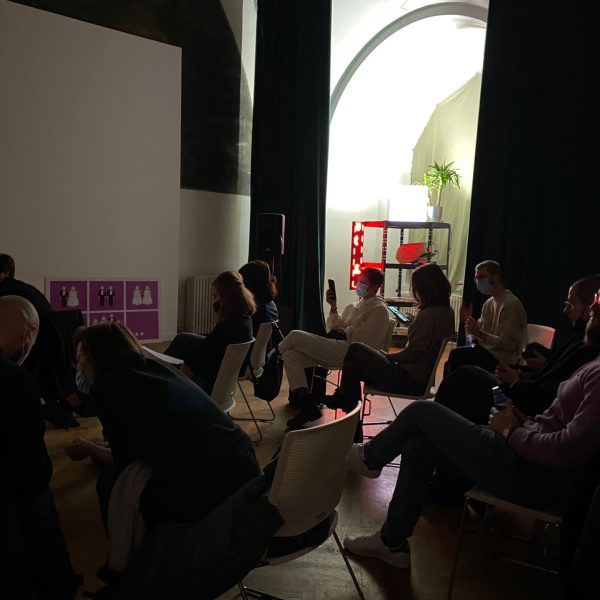 TRIUMF AMIRIA. The Museum of Queer Culture [?] invites you to the premiere screening in Bucharest of the film “Crash mail of a five year accident” by Alex Mirutziu. The screening will be followed by a discussion and a Q&A session with the artist, together with the project coordinator and curator of the educational program complementary to the exhibition ” You Feel ~ and Drift ~ and Sing”, Mihaela Cîrjan. The event will take place on Saturday, 29 January 2022, at 6pm, at Switch Lab (Palatul Universul, corp A, floor 5, str. Ion Brezoianu 23-25, Bucharest), with respect to protective measures and social distancing.

The event is open to a maximum of 20 people over 18 with a green certificate.

„Crash mail of a five year accident” is a palimpsest of themes that have been present in my practice since 2000. It superimposes master narratives on top of peripheral ones, juxtaposing stereotypes with their inconsistencies, paradoxes with historical facts.

It pursues philosophical inquiries into what constitutes the “other,” going against the grain of accepted normative powerplays. Protagonists such as Julian Assange, John Keats, Lee Halpin, and Albert Speer, as well as theoretical exposees of monster theories, homelessness, and various forms of disability, come and go, either through the lens of writers and philosophers such as Iris Murdoch, Hannah Arendt, George Bataille, W. H. Auden, and Tim Dean, or through the ethos of Lucian Pintilie, Elisabeth Grosz, Walter Benjamin,

Personal accounts of my the artist’s own struggles with body dysmorphia, mental and physical insecurities, and coming to terms with his own aging permeate the film’s DNA.

Much of the material is infused with the idea of un-selfing, either through self-sacrifice or through moral agency and responsibility embodied in people who go all the way in their pursuit of the truth.

“I present fractured, disturbed, my concern with inner dissolution as a method of working out identity, alongside proposals to imagine the situation of the ‘other’. The bridges and proximities between the difficulty of death in the midst of ‘ordered’ things, of the body subordinated or alienated by the proximity of its own dejections, the fragile reliance on language and fixation on action detached from consequences, and self-sacrifice as a mechanism for revealing current imbalances are deliberately recalcitrant, to allow for a kind of poetic reading with re-interpretive potential.

I keep coming back to the question: to what extent is the individual’s difficulty in knowing oneself harmful to the self and the ‘other’, who is always troubled by the prospect of a future outcome?” (Alex Mirutziu).
Alex Mirutziu’s (b. Romania) practice extends over a wide range of media and activities, including sculpture, drawing, poetry and performance as well as critical and curatorial projects. In his work he expands on the notions of approximation and proximity in connection to time, dislocating modes of arrival at meaning. In his practice he seeks to facilitate a body as ‘turbulent performative occasion’ drawing on the poetic of homelessness, invisibility and beyond, to suspend the set-ups of doing, un-doing, thinking and un-thinking. Alongside himself at 29 he activates within a collective who’s modus operandi is retroactive irony. As part of his theoretical practice the artist frequently lectured on performance (Royal College of Arts, London, Von Kraal Theatre, Estonia, Konstfack, Stockholm, Bezalel University of Art and Design, Tel Aviv) and collaborated with artists/writers/ musicians/designers/philosophers among which, Grit Hachmeister (DE), Elias Merino (ES), Graham Foust (US), Graham Harman (US). His works were shown at Power Plant, Toronto, The Glass Factory Lab, Boda, Mucsarnok Kusthalle, Budapest, Center for Contemporary Art and National Museum, Warsaw, Museum of Contemporary Art, Bucharest, CCA — Centre for Contemporary Art Tel Aviv, and in 2015 he represented Romania at Venice Biennale
http://www.alexmirutziu.com/