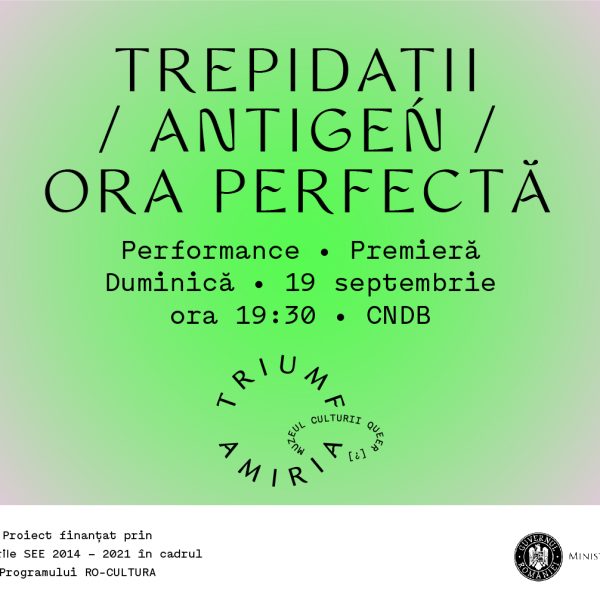 The premiere of the show “Trepidations / Antigen / Perfect Time” takes place on Friday, September 17, at 7:30 pm, at the Bucharest National Dance Center (CNDB), as part of PEARLS, PARADOXES AND ECSTASY theater festival, organized by TRIUMF AMIRIA . The Museum of Queer Culture [?], which begins today and runs from September 14 to September 19. “Trepidations / Antigen / Perfect Time” was created by the playwright and director Bogdan Georgescu and by Iris Horomnea / Dani Prisacariu / Ceza Bularca, the participants in the self-representation workshop for trans and non-binary people organized by TRIUMF AMIRIA. Queer Culture Museum [?] in late June – early July 2021.

“Trepidations / Antigen / Perfect Time”, directed by Bogdan Georgescu, consists of three plays written and performed by transgender and non-binary authors – fictions starting from lived realities, possible realities from dreamed fictions and everything that exists in between. The show will have two performances at the festival – both are sold out. A third performance will take place later during the year.