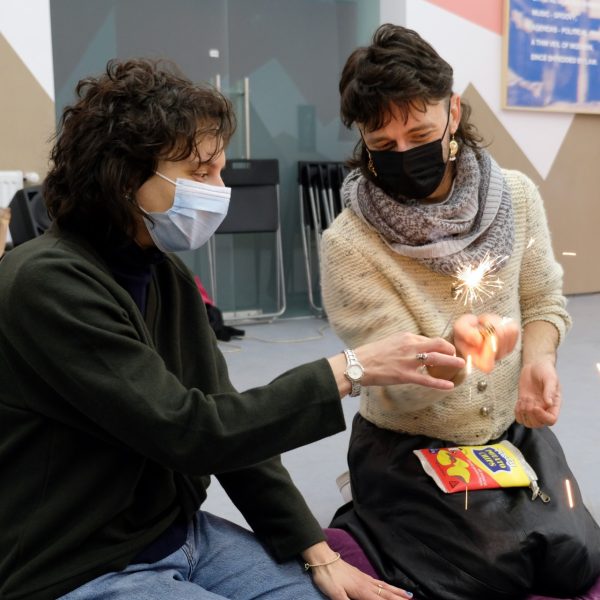 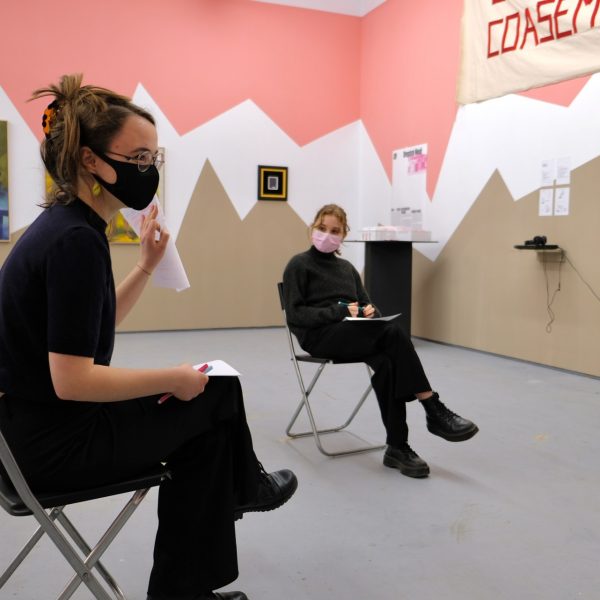 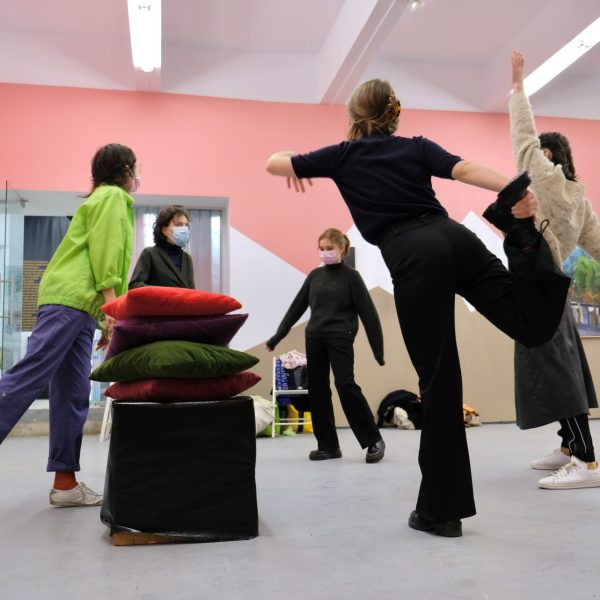 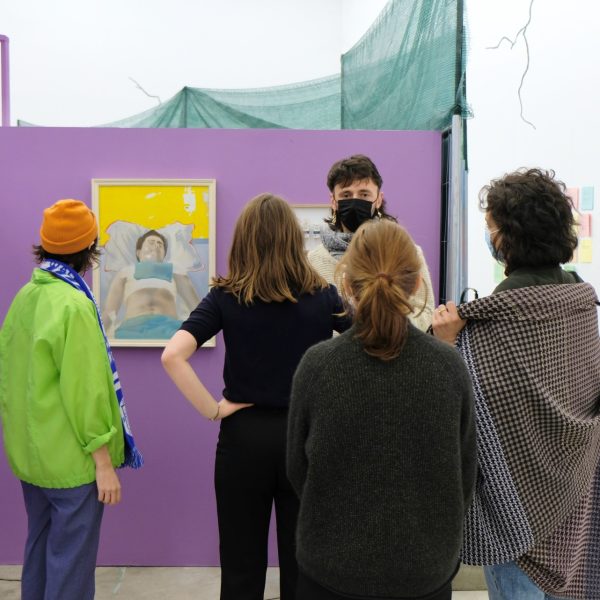 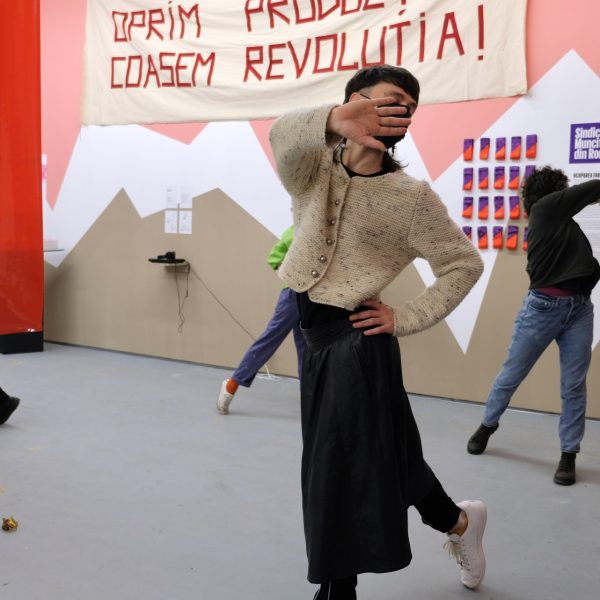 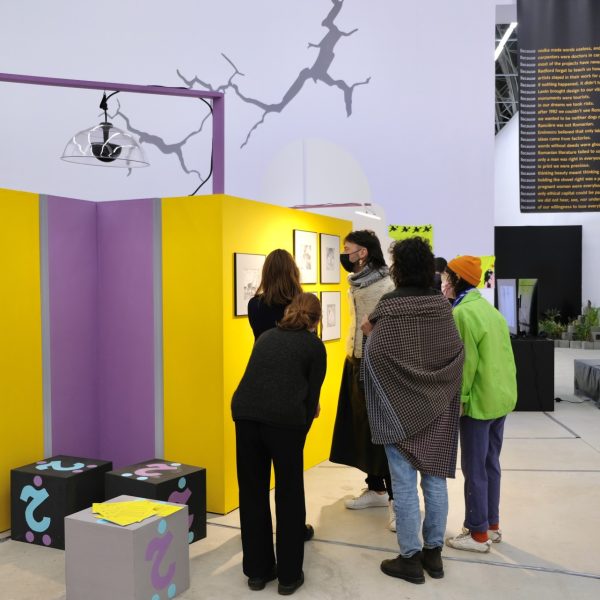 At the end of the first week of 2022, Paula Dunker proposes that we collectively address our intentions for a very near future. Through a performative body guidance she invites us to experience the healer together. The workshop in the exhibition ” YOU FEEL ~ and DRIFT ~ and SING” ~ TRIUMF AMIRIA. The Museum of Queer Culture [?] ~ spins and crochets the power of the collective imagination in order to translate it into something tangible. The exhibition space thus becomes the place from which a new beginning bursts through us.

Paula Dunker promises that her [artistic] work is based on the analysis of systems of representation, production and creation. She works most often with the body. She is the daughter of Romanian contemporary dance, the sister of local political theatre, the mother of the queer clubbing scene in Bucharest and (together with Alex Bălă) the initiator of the techno-faggothique music genre. She confronts existing patterns, helps to build possible new worlds and healing this one.

Paul Dunca/Paula Dunker is an activist of the queer body – she was born in Bucharest where she continues to live and work. After graduating from the National University of Theatre and Film “I.L.Caragiale” (Choreography section) and the Master of Dramatic Writing at U.N.A.T.C., she wanted to try everything. This is also the reason why her work is so eclectic and incorporates as much diverse expression as possible: From collaborations with different theatre directors to her own choreographic works, from waitressing to hosting a show on MTV, from community art to representing Romania as a performer at the Venice Biennale, from articles in different magazines and roles in local films to performances presented at the National Dance Centre Bucharest and on stages such as Judson Church, New York or HAU2, Berlin and concerts with her queer act #FLUID. All in all, he/she is happy when he/she can make him/herself useful, when he/she can move and when he/she can move the world.