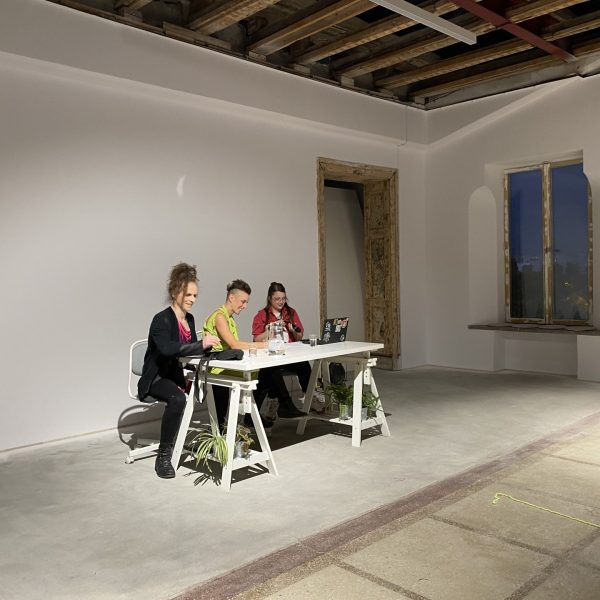 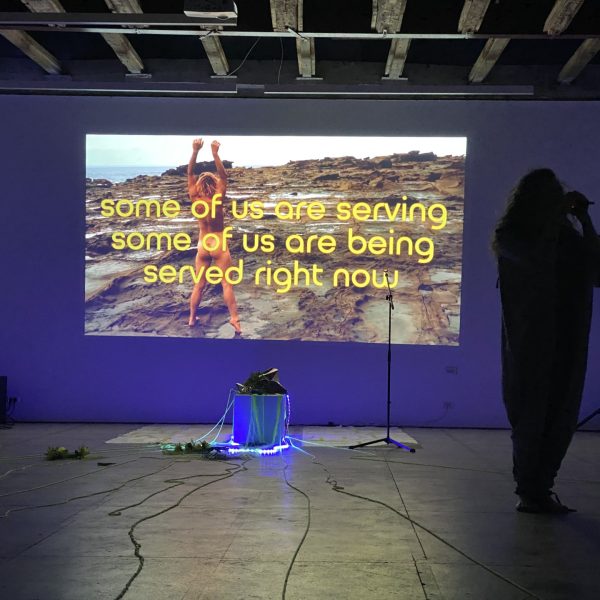 TRIUMF AMIRIA. The Museum of Queer Culture [?] invites you to a series of discussions about art, extractivism and continuity from a queer, decolonial and posthumanist perspective with the performance and sound duo Hyenaz and theorist and activist Nóra Ugron. The event is part of the complementary educational program of the exhibition ” You Feel ~ You Drift ~ You Sing”, a non-exhaustive and non-linear result of the research of queer Ro cultural production in the field of visual arts over the past 20 years, curated by the collective Kilobase Bucharest.

HYENAZ are a transdisciplinary duo based in Berlin, consisting of artists Kathryn Fischer aka Mad Kate and Adrienne Teicher. The immersive performances, music, performative installations and audio/video works that the artistic duo produces are mainly based on hybridized field recordings.

Over the past seven years, HYENAZ has developed the Foreign Bodies project, which combines music, performance and sound research. Foreign Bodies explores the relationship between bodies in motion and bodies in resistance and interrogates the notion of ‘foreign’. In a series of audio-visual works and performative interventions, HYENAZ examines and challenges the mechanisms that treat the body as a foreign object: a thing to be managed and controlled, a territory unknown even to itself, an “other” to be feared and annihilated.

Hyenaz is currently researching the fourth work in the Foreign Bodies series, entitled EXTRACTION. The work examines extractive practices in art and specifically within sound production and field recording, seeking to develop more effective practices of empowerment. EXTRACTION is also a reading circle coordinated by the duo twice each week.
www.hyenaz.com

Nóra Ugron does political work as an activist for housing justice and as an intersectional antispeciesist feminist. As a translator, editor and committed researcher she facilitates the production of critical consciousness. She is a member of several radical left collectives such as the A-casa Collective, Meduza Kolektiv, Pagini Libere publishing house, EAST network, LeftEast platform and ELMO network.

Nóra works to build resilient communities and networks based on mutual care and companionship in the region, believes in a queerfeminist, decolonial, anti-capitalist and liberating future. In her poems and artistic work she starts from the feminist assertion that the personal is always political. By transforming her own experiences, desires and feelings into art, she tries to create fictional spaces where all bodies, human and non-human, have the possibility to manifest themselves as free as possible from oppression.
The discussions took place in September 2021 in Bucharest, at /SAC @ Malmaison, and in Cluj, at Tranzit House, in the framework of the project “How should we talk about Queer Culture?”, organized by MATKA Association, curator: Mihaela Cîrjan.

An event in partnership with Goethe-Institut Bucharest.